M&Y&EWM – Chapter 1: Other Forms of Community 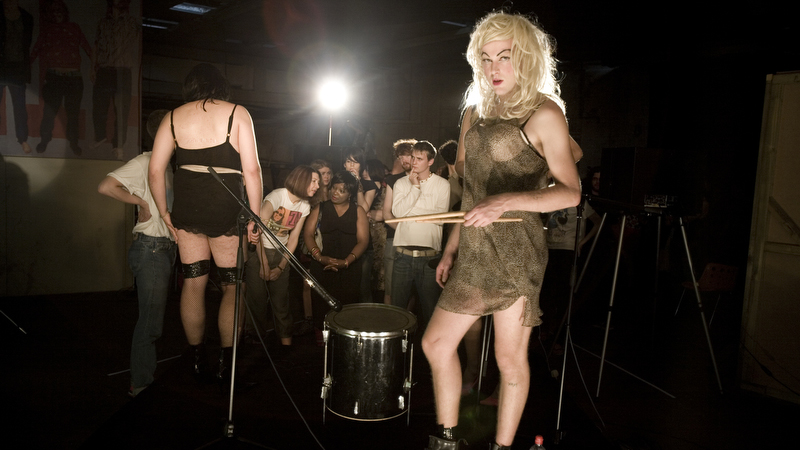 Introduced by the artist Richard John Jones, author of PROH-SOH’PA-PEER and accomplice, along with Federico Campagna, in the recovery and translation into English of the independent documentary Il Trasloco, this first session delves into different spaces and encounters that rehearse , reflect or reflect on other ways of understanding each other together: a flat in Bologna in the 70s, a queer group, a protest camp, a strange space where several people prepare something together, or a series of anarchist letters.

Description of the films

Renato di Maria, Il Trasloco (Moving out the future), 1991, 73’
Set in Bologna and looking back at the history of one of the key places in which the Autonomia movement took place during the 1970s, the film is a harrowing personal recollection of the emptying of a house and the end of an era.

Richard John Jones, PROH-SOH’PA-PEER, 2009, 11’31’’
PROH-SOH’ PA-PEER is an exploration of the role of the media in framing the ideological predicates of contemporary political, activist, and alternative (particularly queer) communities, as well as individual subjective positions.

Adelita Husni Bey, Story of the Heavens and Our Planet, 2008-2009, 7’2’’
On the border between documentary and surrealism, the video is based on the life of two protest camps in the woods in Titnore and Stanton Moore, UK. “Treesitting” is an activist practice that requires protesters to build suspended villages and live in trees in order to stop logging companies from cutting down forests.

Eva Engelbert, Tomorrow, 2012, 16’20’’
An indefinite collective is organized in an indefinite site. They draw plans, build, paint, discuss, exercise, and send messages – they prepare for tomorrow. For action? Insurrection? The camera’s path through his space forms a loop, but the positions of the people change – they present deviations within the repetition. When is tomorrow?

Nicoline van Harskamp, ​​Sketch for Yours in Solidarity, 2011-13, 20’
It tells a story of anarchism from the late 1980s to today, through the archival letter of the late Dutch anarchist Karl Max Kreuger, kept at the International Institute of Social History (IISG) in Amsterdam.