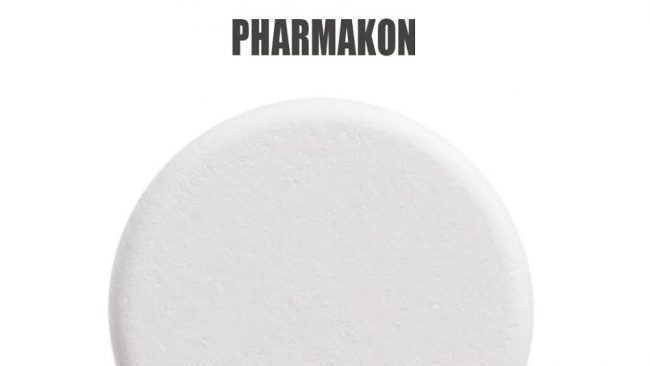 Pharmakon is an artistic research project that opens the discussion to demystify the ambivalent concept of ‘drug’. An experimental, biochemical and aesthetic laboratory is proposed in Pharmakon, which examines the historical use of different substances and their effects on behavior, questioning social and cultural taboos regarding to drug use.

Facing with the emergency of a pedagogy, the drugs issue is addressed here from an aesthetic and political perspective. After a fieldwork, interventions, visits, surveys, interviews and collaborations with different groups of people, professionals and places in Barcelona, an experimental work is presented inside and outside the study. It comprises a series of pieces and actions alluding to psychoactive substances, as well as collaborations and interactions that operate as windows to other knowledges.

Control behavior desire is as old as the wish to intoxicate itself, however it is now necessary to understand the reasons why certain substances have been used recreationally and/or medicinally. In the research of a cure and the alteration of a body, the modern pharmacopoeia is developed with the exploration and consumption of drugs. Deleuze and Guattari would understand schizophrenia as part of the capitalist problem. Madness is in constant tension with power, while the abject tries to be delimited by the state, monitored and normalized. Although Hinduists, orientalists or shamanists are still charmed by exoticism and their spiritual capitalist fetishism, it may be in these spheres, which a less orthodox or non-Western view, where it can be brought into the discussion by reflecting on the role of poetry, art and other non-academic knowledge among magic, alchemy, shamanism, occultism and hermeticism.

Through an investigation about the history of the pharmacy that affects the notion of drugs for itself; the production of paints and watercolors with different substances – coffee, wine, tobacco, marijuana, poppy, ephedrine, peyote, cocaine, MDMA; a laboratory installation with a glossary of drugs; a video record of psychedelic trips under the effect of certain substances, Pharmakon tries to break paradigms regarding to the use of different psychoactive substances, questioning the political mechanisms of the prohibition, the management of pleasures and risks, the narco war or the prevention of the dependence.

Thus in madness and the abject, also are manifested visions and choices of resistance, to emancipate the mind of cognitive capitalism. Pharmakon would be a way of access to denied knowledge, art and poetry a drug that activates perception and reflection.