Ina Hagen: Round Robin Reveries (Gathering for the other magic fountain, Barcelona) 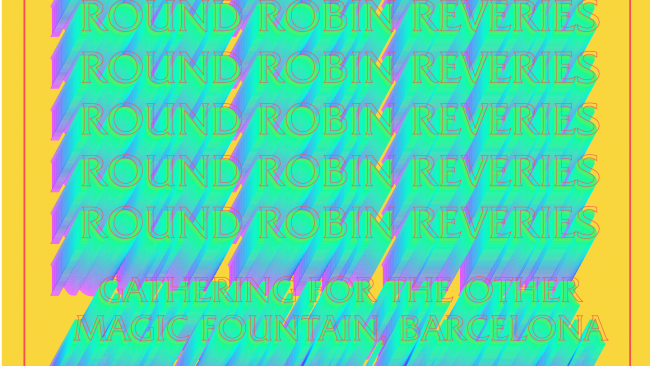 The project takes place in the duration of an hour, around a remote fountain in Passeig de Santa Madrona on Montjuïc. A local network is set up on site, which has a chatroom and an archive for digital files, which people will access from their devices. Referring to the method called Round robin, the chatroom will be used for a real-time, anonymous deliberation and debate with the fountain as conceptual, historical and physical center, guided by a text performance. Everyone is asked in advance not to communicate orally during the session. The project includes contributions by other, Barcelona based artists on the topic Ressurection/Gathering. Sitespecifically or otherwise. The session ends when the fountain is shut off at 8pm.

Thematically, Hagen’s interest goes to (internet)forum culture and the ways it effects other spheres of our existence, beyond the digital. She thinks of the project as a way of channeling specifics from the history of the site: both the figure of Santa Madrona, the political history, and the patterns of collective behaviour in the space.

Hagen has tried to combine these interests into the theme Ressurection/Gathering, reflects on how histories repeat, with an emphasis on intuition, premonition, an alternative knowledges. To her, ressurection stands for a need for an altered state of something already passed, in this case a reflection on the potential of the digital without corporate interference. Gathering refers of course to being together, coming together or collecting materials. Together they, by association, describe an activity of sorts, a ritual.

Another level of research on site has been the social interaction that already exist around the fountain. Single men appear to be waiting, silently standing around in the bushes. They check their phones, write something, pace a little, then wait. The only conclusion she can draw from this is that it is some kind of cruising site perhaps. What interests her immensely with this is that there is an interaction in this space between these men that exists without spoken words, but in the digital. To honour this code, and to explore what it does to our social interaction, I want people to refrain from speaking while still being in the same, rather intimate space, for a whole hour.

Hagen’s interest is in the act of being together as bodies in space and as a collective, digital consciousness at the same time. Everyone remains anonymous on the chatroom, disconnecting us from physical markers of individuality, to some extent. The focus or ‘question’ on site is the fountain itself, and the conversation and contributions happen in the chatroom and in the archive. Through the hour we try to engage with the fountain as such a ‘question’. How do we derive at a conclusion from a question that is a material, a movement and a place in history? What kind of conclusion would it be and how can it be expressed? I want to explore group thinking that is not compatible with end-result thinking, the image of which is the fountain with it’s endless circulation of water for no clearly definable purpose beyond it’s signification. The word Reveries also refer loosely to this.

A round robin is essentially a method of decision-making and brain storming together in a group. People sit in a circle and contribute equally to the topic of discussion, often a focused center or question. Written contributions are often made anonymous. Other meanings:

A round-robin story, or simply “round robin,” is a type of collaborative fiction or storytelling in which a number of authors write chapters of a novel or pieces of a story, in rounds. Roundrobin novels were invented in the 19th century, and later became a tradition particularly in science fiction. In modern usage, the term often applies to collaborative fan fiction, particularly on the Internet, though it can also refer to friends or family telling stories at a sleepover, around a campfire, etc.

Round-robin is a document signed by multiple parties in a circle to make it more difficult to determine the order in which it was signed, thus preventing a ringleader from being identified.[1]

Long before those contemporary meanings were known of, the term Round Robin had been used to refer to a variety of things. The earliest use was as a disparaging nickname, along the lines of ‘sly dog’ or ‘dark horse’.

A round robin network, or wireless mesh network (WMN) is a communications network made up of radio nodes organized in a mesh topology. It is also a form of wireless ad hoc network.[1]

The reference to the site as the “other magic fountain” establishes a relationship between the one at Passeig de Santa Madrona, and the famous Magic Fountain of Montjuïc. By labelling it “other” there is a hierarchy in place on this site, which is not spoken but clearly exists. The two fountains exemplifies this hierarchy of significance and visibility beautifully I think. This to the artist, the gesture of making this relation clear through language puts in place an insistence on the validity and charm of the smaller fountain, while pointing to radically different world views, points in the history of Barcelona, and ways of relating to the world around us. 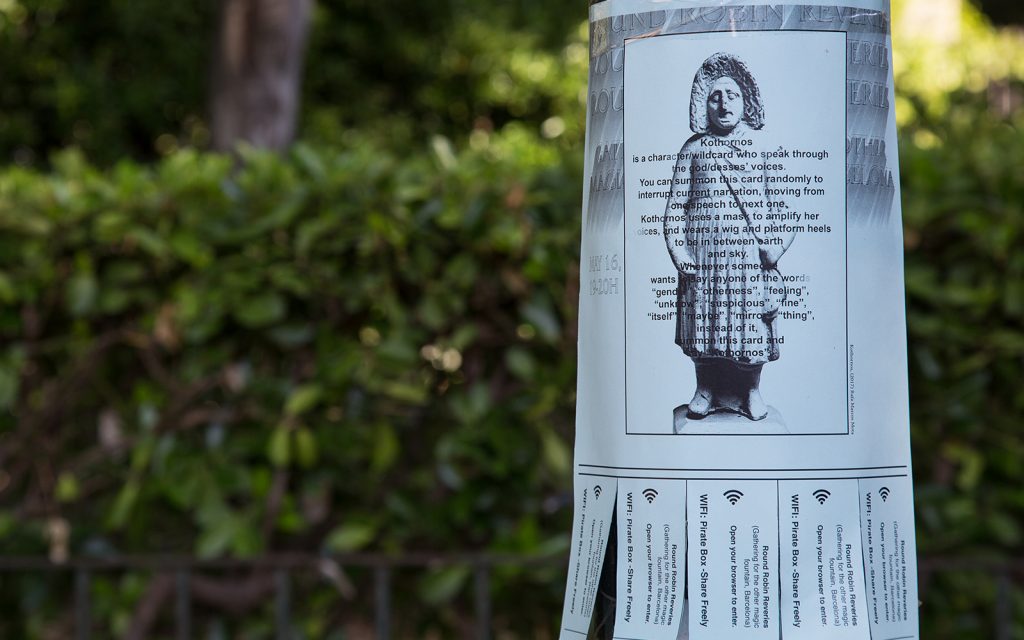 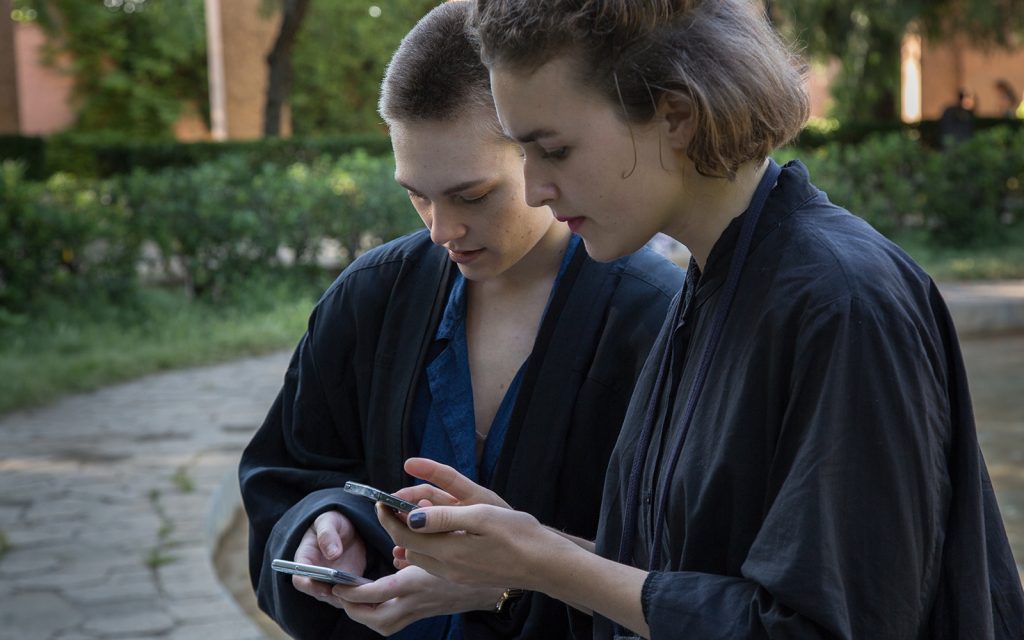 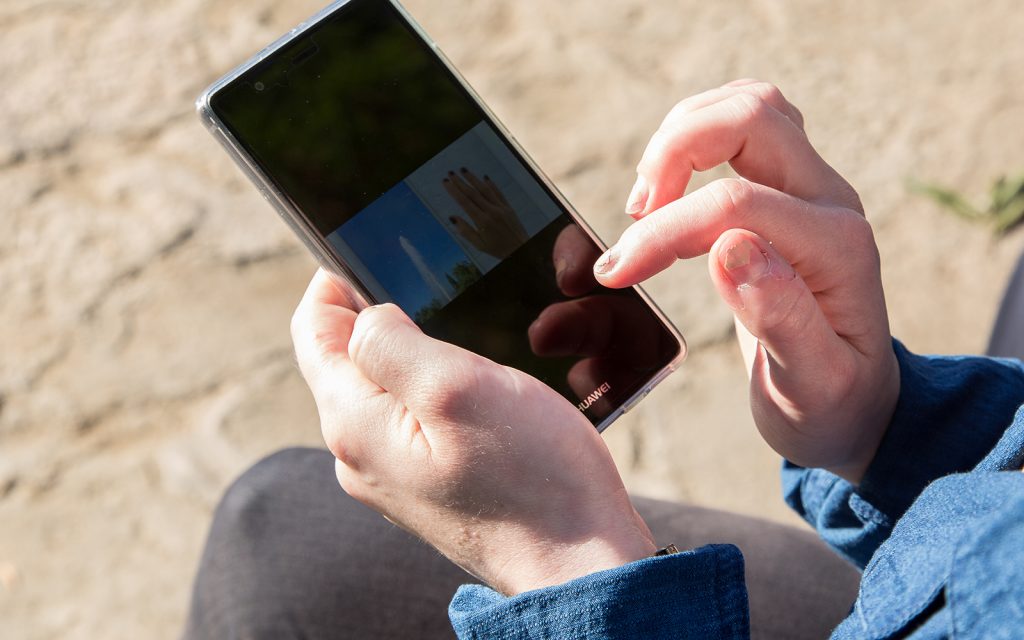 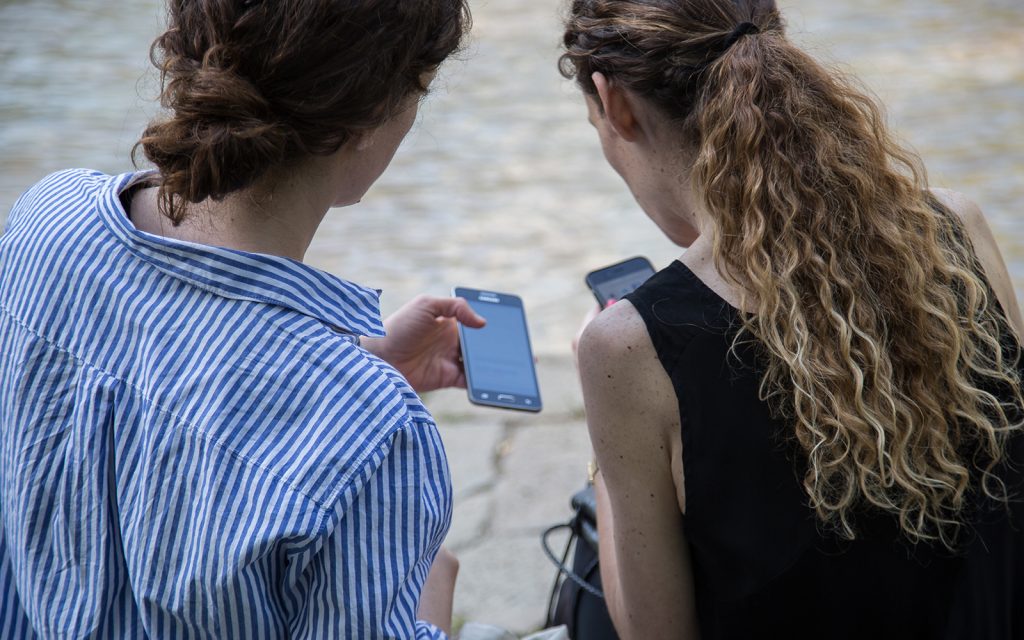 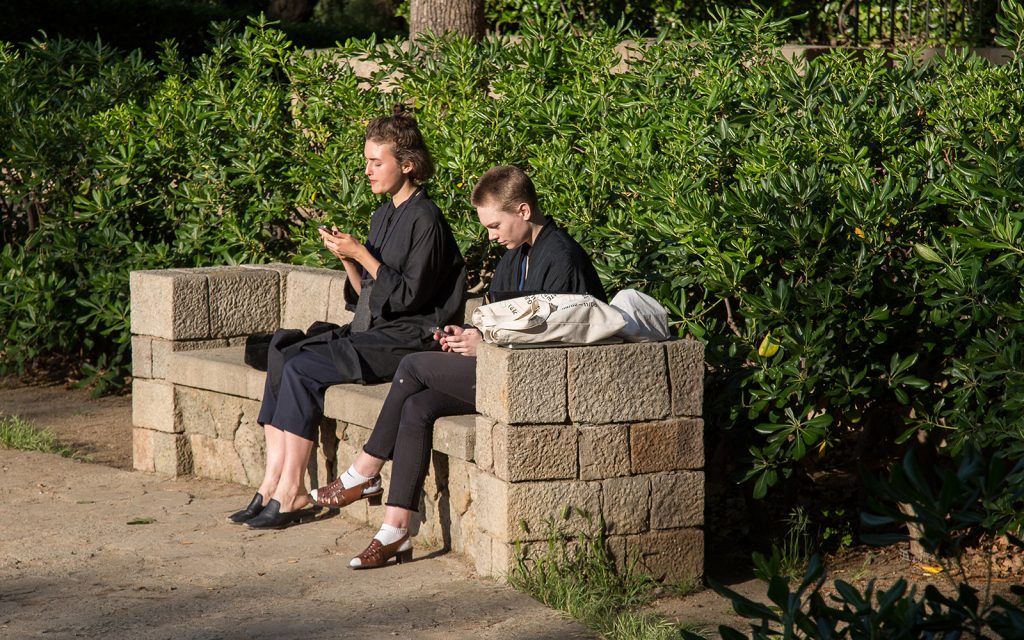 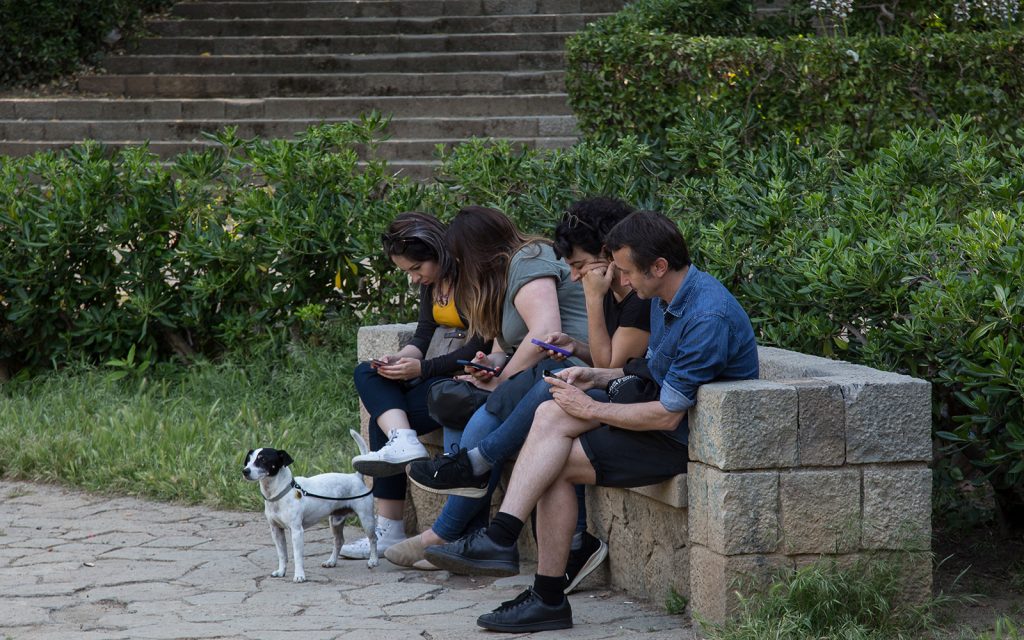 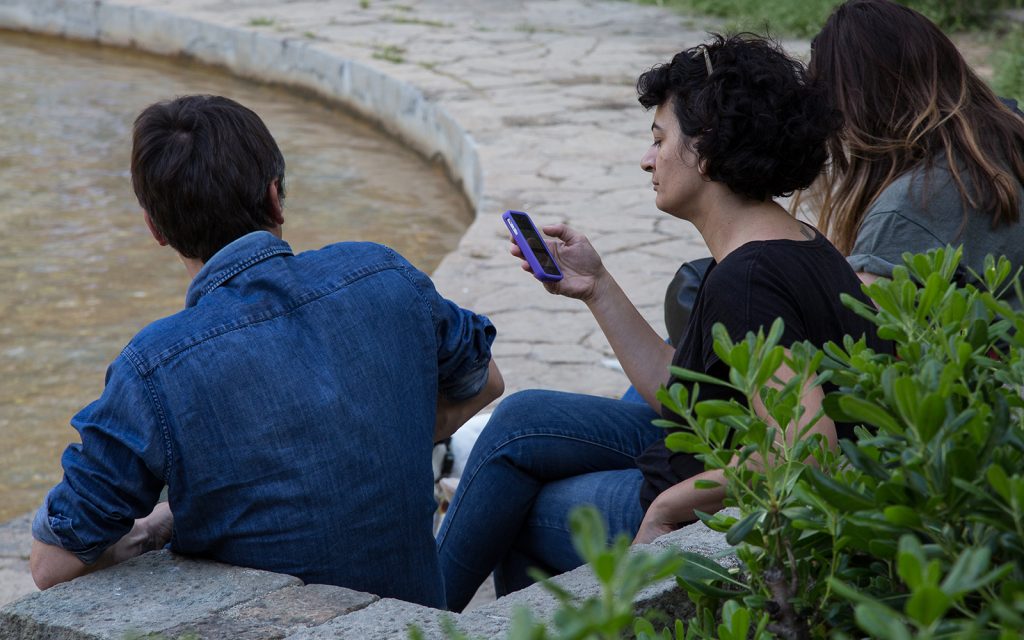 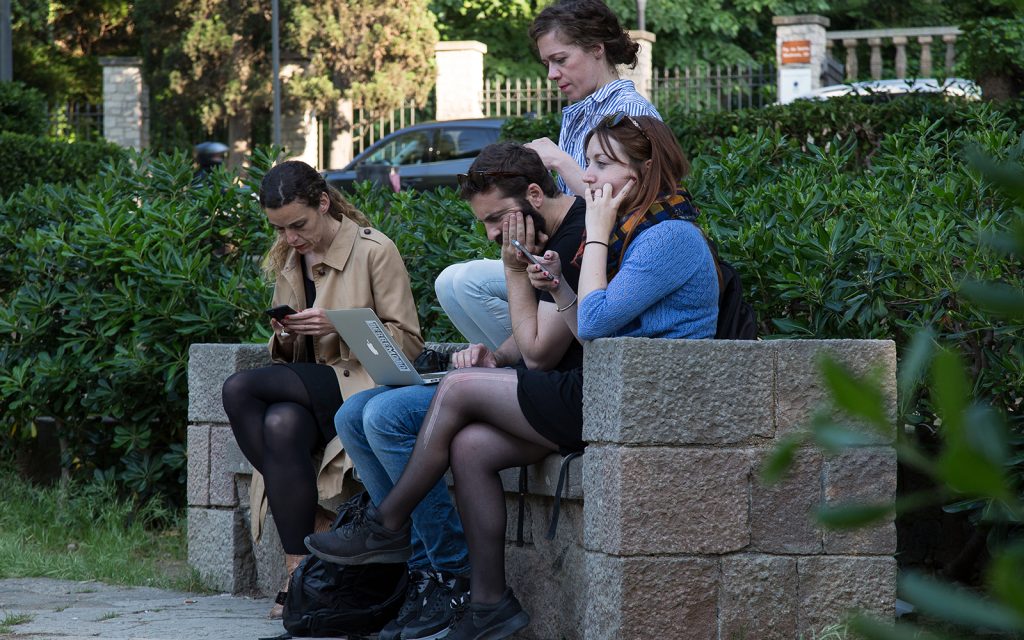 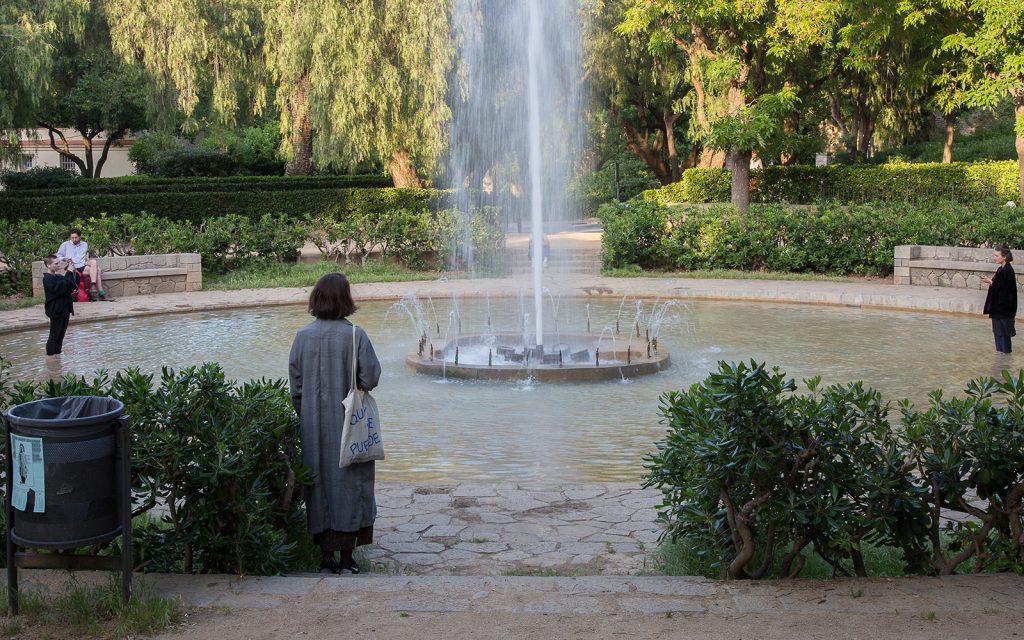 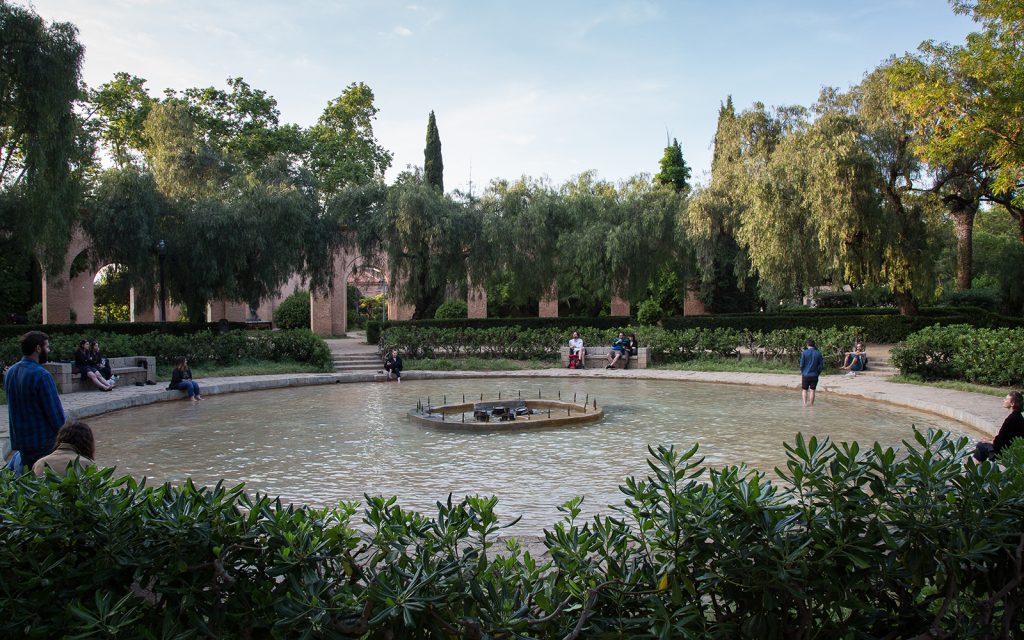