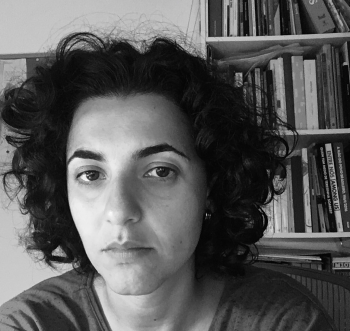 Camila Bechelany (1979, Belo Horizonte, Brazil) is a curator, critic and researcher. She lives and works between Paris and São Paulo. She holds a Master’s degree in Arts & Public Policy at New York University and in Social Anthropology at EHESS-Paris. She is a doctoral candidate in Art History at the same institution. In 2020 she curated the 10th 3M Art Show (Mostra 3M de Arte), devoted to art in the public space. In 2019 she was Pivô Research’s curator and in the same year, she was guest curator at Pinacoteca de São Paulo, working at the exhibition “Artur Lescher: Suspension”. Between 2018 and 2019 she was a member of the group of critics at the Centro Cultural São Paulo. She was assistant curator of the Museu de Arte de São Paulo (MASP) between 2016 and 2018. Among her recent independent projects are the exhibition Parks and other pretexts, by Patrícia Leite and Cristiano Rennó. She edited several publications, including Pivô’s catalogue Imannam and Pivô Magazine N° 1 with Fernanda Brenner