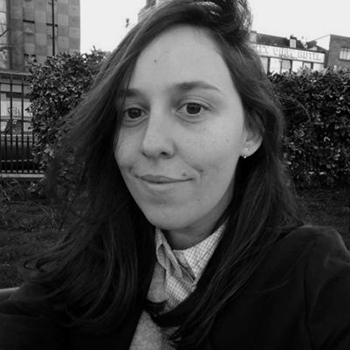 Chiara Cartuccia (1984, Rome) is an art historian, independent art writer and curator based out of London. Her work focuses on practice and theory of performativity in contemporary arts, and the potentialities of performance as a generative epistemological tool. Between 2012 and 2015, Chiara has been Curator of Performance Art at SAVVY Contemporary Berlin. Between 2017 and 2018, she acted as Curatorial Coordinator and Co-curator Public Programme at Manifesta 12 Palermo. For Manifesta, Chiara co-curated the Planetary Garden Public Programme, as well as the interrelated pre-biennial programme. Since 2015, she is co-founding director of the curatorial project EX NUNC. Chiara is a freelance contributor to several art magazines, a PhD candidate at University of Amsterdam and she is part of the Curatorial/Knowledge research group at Goldsmiths, University of London. Chiara studied Art History at the University of Rome, La Sapienza, and was research fellow at Freie Universität Berlin and Akademie der Künste Berlin. She gained a Master of Arts degree in Visual Cultures/Contemporary Art Theory from Goldsmiths College, University of London.

A Side of the Sea : Mediterranean Dinner/Talk by Chiara Cartuccia, Fabra i Coats