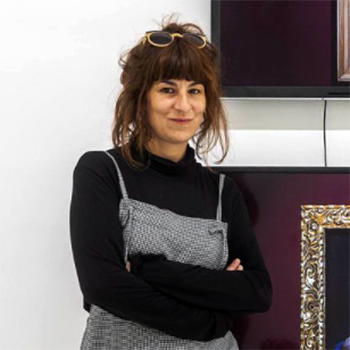 Núria Güell (1981, Vidreres, Spain) is a visual artists. ​​With a strict positioning oriented towards creating mechanisms for dissent, Nuria Guell’s work reformulates the limits of “legality”. Analyzing the ethics of institutions that govern us, she investigates the abuses of power perpetrated by established legality and hegemonic morality, which act as control mechanisms that dominate collective subjectivity, thinking and common sense. Through her projects she exposes these mechanisms and employs them to generate counter-strategies which transgress or put into crisis established moral and legal forms. In the past years, Núria Güell developed the concept of DISPLACED LEGAL/MORAL APPLICATION to define the methodology that structure her projects. Analyzing a legal or moral principle, this is applied in an opposite or inverse direction, hence reversing power relationships, and with a little twist, initiating a questioning of established norms. Through this manner of “drilling” reality and its “natural” obviousness, Núria Güell’s work opens alternative realities and possibilities, altering established power relationships. Graduated in Arts from the University of Barcelona (Spain), she is continuing her studies at the Behavior Art School in Havana (Cuba) under the direction of Tania Bruguera. Her work has been exhibited at the biennials of Havana, Pontevedra, Ljubljana, Liverpool, Goteborg; and at museums in Barcelona, The Hague, London, Paris, New York, Eindhoven, Chicago, Miami, Formigine, Stockholm, Madrid, Hertogenbosch, Istanbul, Leipzig, Bucharest, Zagreb, Cali, Lima, Graz, among other places.