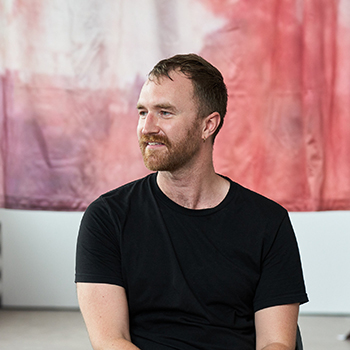 Richard John Jones’ work is concerned with works or histories that have been erased, forgotten or marginalised and what this can tell us more broadly about visibility and representation. He works through textiles and domestic craft techniques alongside performance, video and installation. Jones is a graduate of the Sandberg Instituut, Amsterdam and until 2012 was a Co-Director of Auto Italia South East, London. His work has been shown at EYE Film Museum, Amsterdam; Rond Point Projects Room, Marseille, SPACE, London and the Gwangju Biennial in collaboration with AA Bronson.