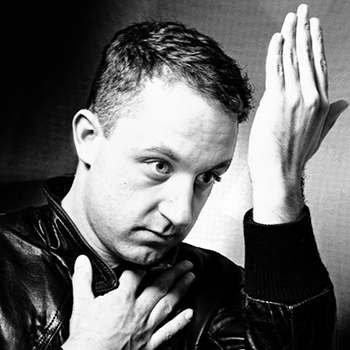 Tobias Kaspar’s practice is not a sceptical, detached position, but rather one that draws on unlimited resources inside the structures and stories of art. Kaspar is fascinated with mechanisms that shape the processes of value creation and taste formation. He is interested in how and when symbolic added value and desire are created.

His works demonstrate an interest in cultural transfer processes of styles and fashions within a sphere or beyond it, tracing global trajectories. The mechanisms of fashion, its dazzling power of seduction, of creating a desire to be someone else, and the possibilities it offers to embody or simulate identities are one of the key frames of reference for his practice. It often operates similar to fashion whose logic ranges between the market and an elusive irrationality.

Since 2009 he has co- published the magazine PROVENCE and since 2012 had his own eponymous jeans line. In his practice, institutions and the art system, as well as his own artistic output, are repeatedly challenged: for example his solo exhibition “Independence” at the Kunsthalle Bern (2018) was announced without a mention of the artist’s name.
Kaspar’s work has been exhibited amongst other at the Kunsthalle Bern (2018), Kunsthaus Zurich (2017), Museum of Modern Art in Warsaw (2017), Wattis Institute for Contemporary Art, San Francisco (2015), Solo Shows, São Paulo (2015), CAFAM Biennale, Beijing (2014), Kunsthalle Wien (2014), Kunsthalle St. Gallen (2014), Midway Contemporary Art, Minneapolis (2013), Artists Space, New York (2013), Palais de Tokyo, Paris (2012), Kunsthalle Zürich (2011), Kunsthalle Basel (2011), Museum Hamburger Bahnhof, Berlin (2011), Kunsthaus Bregenz (2011) and Künstlerhaus Stuttgart (2010).