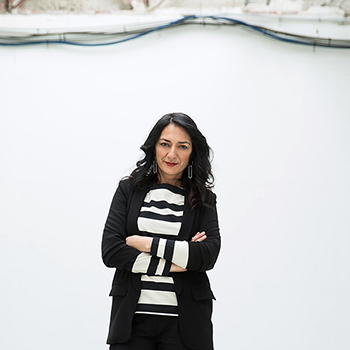 Vittoria Matarrese (Italy) is an architect and journalist based in France since 1993. In 2007 and 2008, she taught two courses at the École supérieure d’études cinématographiques (ESEC) on the city in cinema and on the aesthetics of contemporary non-European cinema. From 2008 to 2010, she was artistic director at the Villa Medici in Rome. Under the direction of Frédéric Mitterrand, she developed the cultural programming pole. Between 2010 and 2022, she has been responsible for the programming of cultural events and special projects at the Palais de Tokyo in Paris. Since 2022 she is Bally Foundation Director & Curator. In July 2013, Vittoria Matarrese was named Chevalier des Arts et des Lettres by the Minister of Culture Aurélie Filippetti.