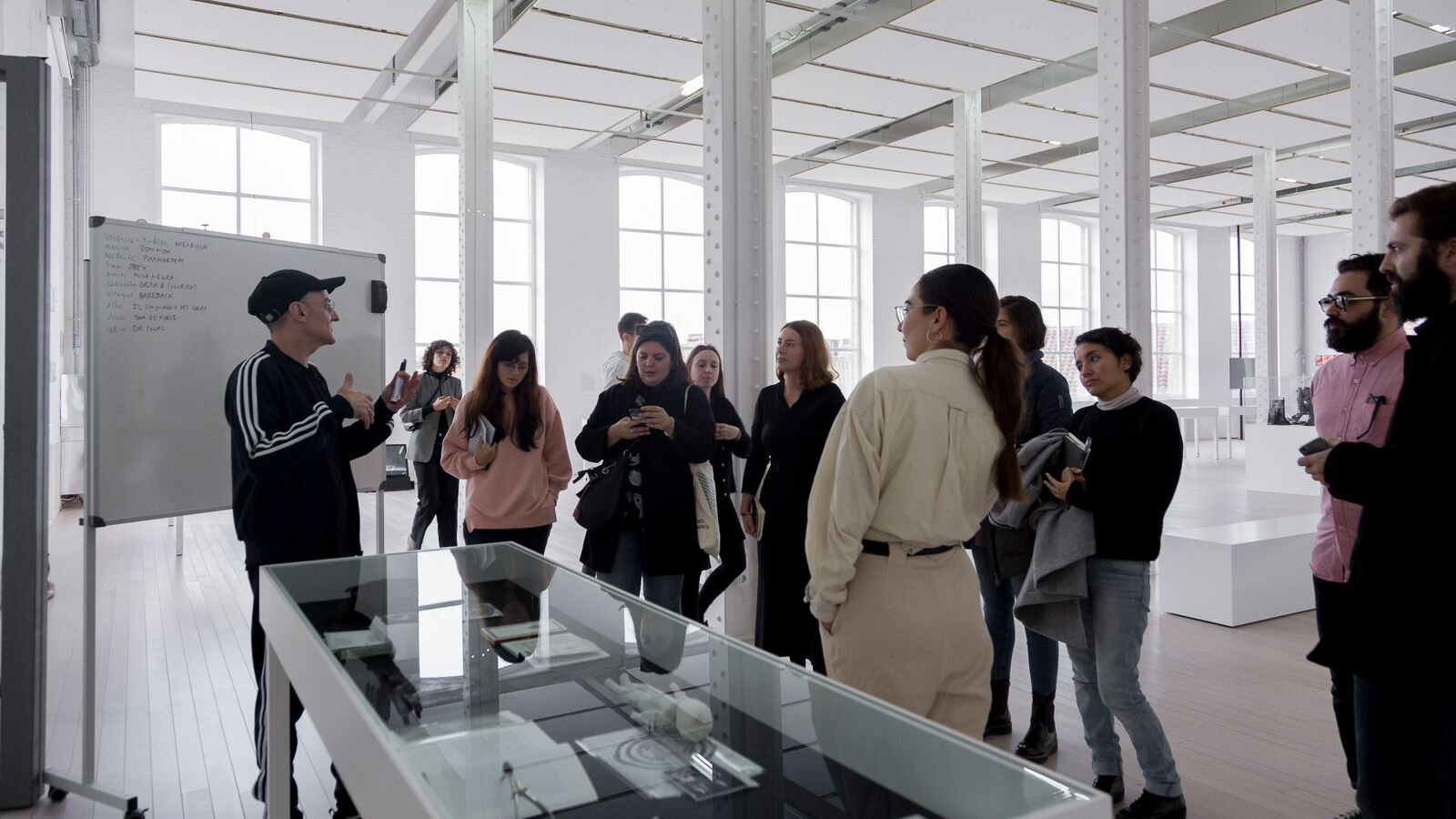 This module wants to challenge the idea of performance, following the current evolution of it practice and it inherent performative character. Attending to the openness and fluidity of performance, its social and political implications and its level of public understandability, the invited guests will as articulate lectures and workshops that will allow us to think performance as work space, as an instrument and cultural exercise, opened to a wide range of performative actions

Joan Morey (Mallorca, 1972) has produced an extensive set of performances, videos, installations and sound and graphic works that, since the late nineties, explore the intersection between theater, cinema, philosophy, sexuality and subjectivity. He principally uses performance as the main production tool, and takes the standards of this language to the limit with a clear aim: “to force the machine”. This allows him to explore other possibilities of performance and the relationship with the public, as well as reformulating the methodology used in each project and at the same time solving lacks that appear regarding to the production, management or exhibition of performances in the specific context of contemporary art.
At this moment the first part of the expanded project COLAPSO takes place at the Contemporary Art Center of Barcelona – Fabra i Coats. The second part will take place in the Art Center Tecla Sala of l’Hospitalet de Llobregat and the project will close with a site-specific performance in an emblematic building of Barcelona city.

Nico Vascellari is born in Vittorio Veneto (TV) in 1976. He is currently living and working in Rome. Among his major solo exhibitions: Maxxi, Roma (2018); Palais De Tokyo, Paris (2017); Whitworth Art Gallery, Manchester (2016); Villa Medici, Roma (2016); Estorick Collection, London (2016); National Gallery of Arts, Tirana (2015); Museion, Bolzano (2010); Museo MAN, Nuoro (2007); Skuc, Lubljana (2006); Viafarini, Milano (2006); Spazio Lima, Milano (2005). In addition, he participated at 52a Biennale di Venezia (2007); Manifesta 7 (2008); 15° Quadriennale di Roma (2008);12a Biennale di Architettura di Venezia (2010). In 2010 he was shortlisted for the Future Generation Art Prize (Pinchuk Art Centre, Kiev), for 5×5 Prize (EACC, Castellò) and of CAS Prize (Tate Modern, London). He has been awarded with the Rome Prize (2008), the Premio per la Giovane Arte Italiana (2007), the Prize New York (2006) and Premio Internazionale della Performance (2005). His works has been exhibited within international institutions such as Beyeler Foundation, Basel; La Maison Rouge in Paris; MAK, Wien; Kunsthaus in Graz. Among the permanent collections Deutsche Bank (Milano), Museo Macro (Roma), Museo Maxxi (Roma), Museion (Bolzano), Whitworth Art Gallery (Manchester), The Coppel Foundation (Mexico), Musac (Leon), Nomas Foundation (Roma), Julia Stoschek Collection (Dusseldorf).
In his performances Vascellari usually tries to overturn the social structures and hierarchies that the contemporary art world is imposing, pushing the boundaries of his actions towards a wider public, not necessarily related to contemporary art. Starting analyzing the possibilities of performance and how to enhance a more conscious engagement of the public about political and social issues through performative actions, Vascellari will present a selection of his recent works and a focus on his ongoing project Dream Merda. Dream Merda was launched in March 2018, and deeply deals with environmental problems, political disillusion and social integration, aiming to gain a more conscious approach to cultural and ecological possibilities.