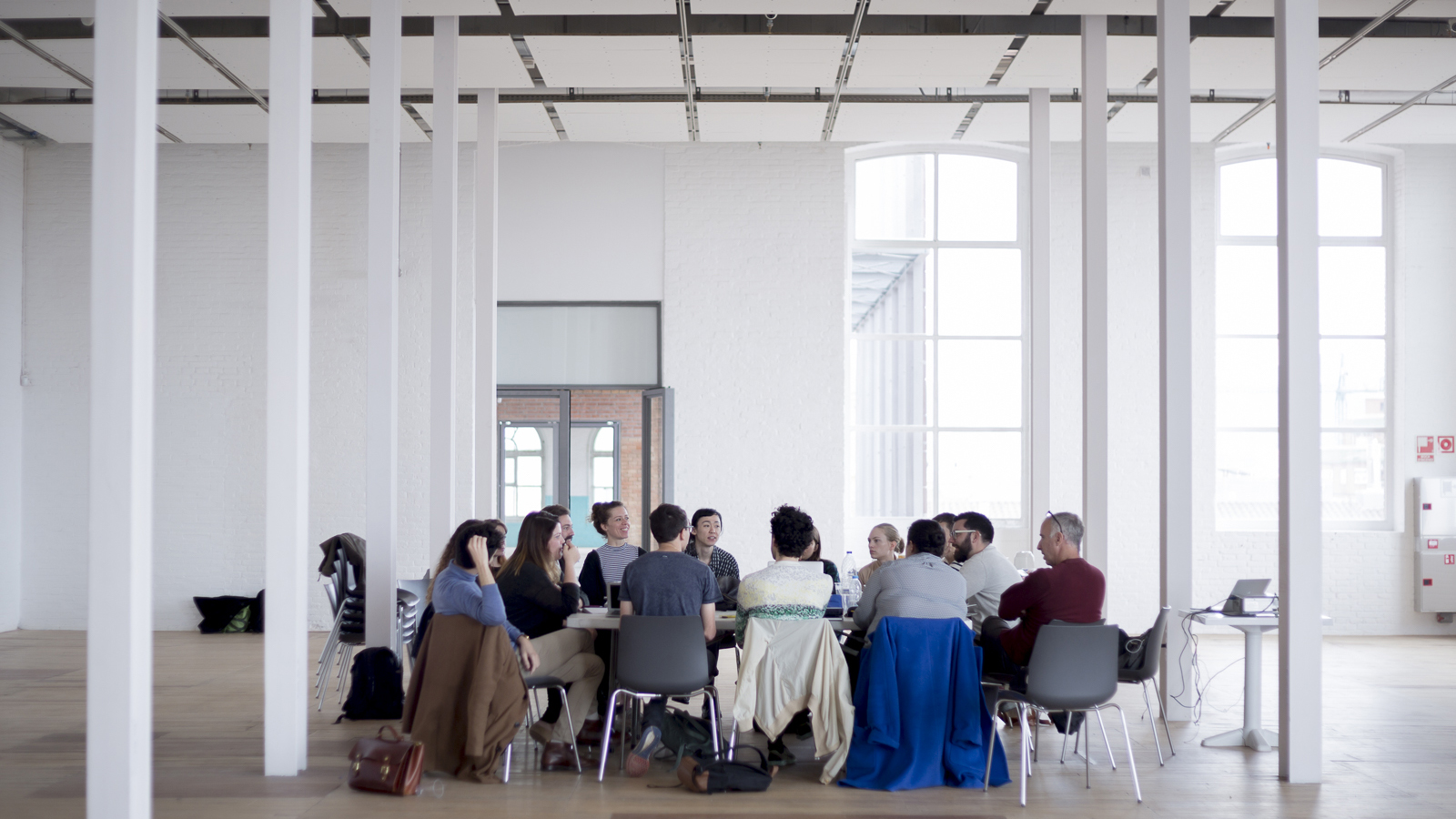 With Julie Boukobza (FR), Vittoria Matarrese (IT-FR), Anna Colin (FR-UK), Claudia Pagés (ES).
This module will bring a chorus of voices that speaks from the night, the bodies, the feminine, the movements, the independent, the communal or the discordant to compose a shared learning space where the different practices converge.

“The performance actions at the Palais de Tokyo : Do Disturb & La Manutention” presentation by Vittoria Matarrese
Since 4 years the festival DO DISTURB is putting Palais de Tokyo into a state of effervescence, by day and night, with each year over 40 propositions at the crossroads of dance, performance, theatre and music, pursuing the idea of inviting cultural partners from France and abroad. At the same time, in the fall 2017, Palais de Tokyo inaugurates La Manutention, a residency programme dedicated to performance art. From October to July, six emerging artists are invited to a residency program, for a period of one month each. This new format welcomes and encourages exploration and experimentation, providing artists with the opportunity to develop their practices and produce an original work, turning the spaces of Palais de Tokyo into a studio.

Vittoria Matarrese, graduated in architecture in Paris, is now the director of performing arts department Palais de Tokyo and curator for performance art. Her atypical career led her to hold various international positions, including that of artistic director of Villa Medici in Rome and responsible for international communication at the Venice Film Festival. During her career she worked at the intersection of different disciplines, from cinema to dance to theater, collaborating since she was very young with different personalities, such as brilliant choreographers or directors. This polysemy is now at the center of her research on performance art.

The alternative space that constitutes the object of her study is a building-based, locally-rooted and democratic cultural, educational and social centre in which different forms of learning, sociabilities, publics and uses cohabit. Her study endeavours to answer the following questions, from architectural, educational, sociological and economic perspectives: What spatial form do alternatives assume? What constitutes realistic alternative governance, financial and business models for such spaces? What does it take to remain alternative as internal and external circumstances change? And how do alternative spaces relate to the broader, society-wide production of political, economic and social alternatives?

Anna Colin is a curator, educator and researcher. She co-founded and co-directs Open School East in Margate (UK), an alternative space for artistic and collaborative learning. Anna also works as associate curator at Lafayette Anticipations – Fondation d’entreprise Galeries Lafayette in Paris, and is a PhD candidate in the School of Geography at the University of Nottingham. Anna was co-curator, with Lydia Yee, of the touring exhibition British Art Show 8 (Leeds, Edinburgh, Norwich and Southampton) in 2015-16. Previously, Anna was associate director of Bétonsalon – Centre for art and research, Paris (2011-12), associate curator at La Maison populaire, Montreuil (2012) and curator at Gasworks, London (2007-10).

“We own the night” by Julie Boukobza
Julie Boukobza is a curator and art critic based in Paris, in charge of the LUMA Arles Residency Program. Boukobza co-curated with Simon Castets a group show at the Museum of Contemporary Art in Belgrade called “FADE IN 2 EXT. MODERNIST HOME» in July 2017. In 2016 she curated the exhibition « Pure Fiction » at Marian Goodman gallery and a solo show of Peter Shire at New Galerie, both in Paris. She currently runs the Luma Arles residency program as well as the 89plus residency program at the Lab of the Google Cultural Institute in Paris. In 2020, she will co-curate with Julia Morandeira Arrizabalaga an exhibition at Centro de Arte Dos de Mayo in Madrid, Spain.

“Possible non-binary geometry and expanded feminist painting” workshop by Ad Minoliti
As an Argentine multidisciplinary painter, Minoliti’s proposal is a combination of painting, video, anime and design. Installations and performance explore alternatives to traditional discourses, involving a diversity of topics such as queer theory, cyborgs, feminism, abstraction, science fiction, architecture or decoration, childhood and animal rights. For Ad Minoliti, geometry is the best tool to experiment with a non-human utopia, where gender theories can be applied to pictorial language and find other ways of investigating the visual world.

Irene will be co-curating the British Art Show 9, alongside Hammad Nasar, which opens in Manchester in 2020 and travels to Wolverhampton, Aberdeen and Plymouth. She was curator at the FRAC Nord Pas de Calais, Dunkirk in 2010–11, and was the recipient of the H+F Curatorial Grant (2010). Prior to that she co-directed the not-for-profit space Bétonsalon in Paris (2005-06). She has also curated exhibitions at the Fundació Miró, Barcelona; Form Content, London and the Museum of Health Sciences, Bogotá.

APPLICATIONS:
They must be sent to hello@barproject.net and coordination@barproject.net in a single email and single PDF document (max 2MB) including:
curriculum vitae
Short bio
Motivation letter (up to 500 words)
Working knowledge of English is required