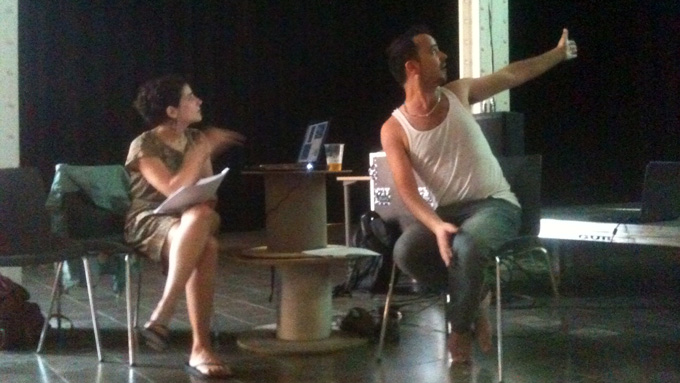 In their presentation, High&Low Bureau (Yael Messer & Gilad Reich) delve into artistic practices that challenge notions of territory, belonging, and civic participation in the public sphere in Israel. They will discuss the relationship between artists and the nation-state and how it has manifested itself in public space since 1970, through various case studies, such as the works of Michael Druks, Rafat Hatab and Nira Pereg. In addition, the High & Low Bureau will emphasize their position as internal and external agents of the Israeli context, as well as their interests in matters of personal and collective responsibility.

Some collectives from Barcelona will present their projects related to the topics covered, such as Back and Back, which will talk about their “Emergency Micro-actions” project.

Collective viewing of the documentary Homage to Catalonia II, an investigation into certain intentional communities in Catalonia. A project by Joana Conill, Manuel Castell and Àlex Ruiz. The viewing will be followed by a discussion.