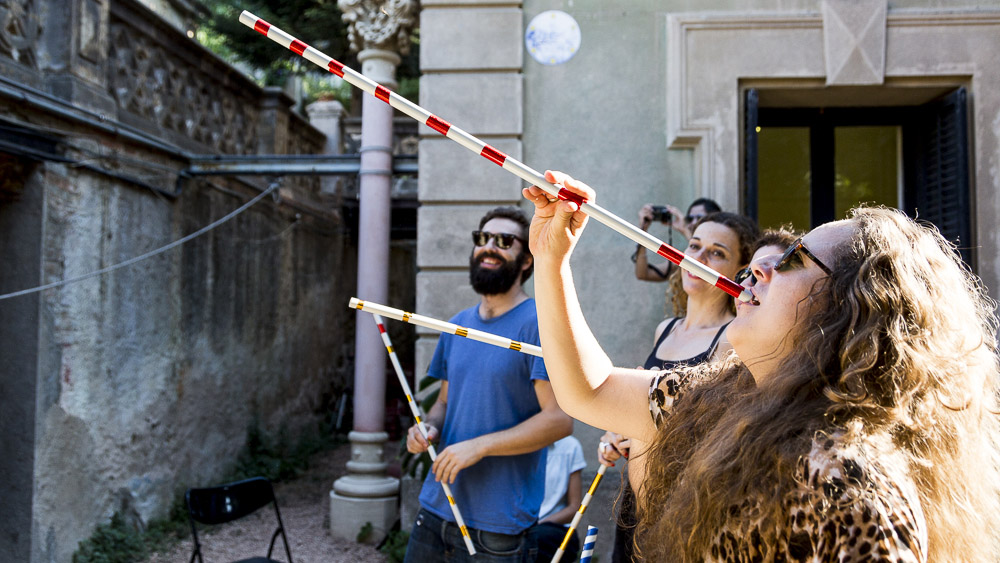 We celebrated our second anniversary with you in a special day-time party. We danced, ate and drank. Artist and musician Natalia Sorzano (CO) – aka NIKA – presented a performance followed by a d-jay session during the afternoon on a stage in the garden.

We would like to thank people, organizations, all the artists, agents and public for their generous support.

Natalia Sorzano (Colombia, 1984) aka NIKA use multimedia to approach human social attachment to cultural imagery and collective faith. Exemplifying through fiction and music, she researches the relation between emotion and social and political histories.

She graduated with degrees in Law and Fine Arts from Los Andes University in Bogotá, 2010. Currently enrolled in a Master Degree programme of Fine Arts at the Piet Zwart Institute in Rotterdam. Her most recent exhibitions were at Tale of a Tub and TENT, performing during Katarina Zdjelar´s book Launch “Toward a further word” (Rotterdam, 2014). Her work has been shown in spaces around Latin America, such as Proyectos Ultravioleta (Guatemala, 2010), Des Pecho (Costa Rica, 2011), Museo La ENE (Argentina, 2012), Salon Regional (Colombia, 2012) and La Otra Bogotá Biennial.