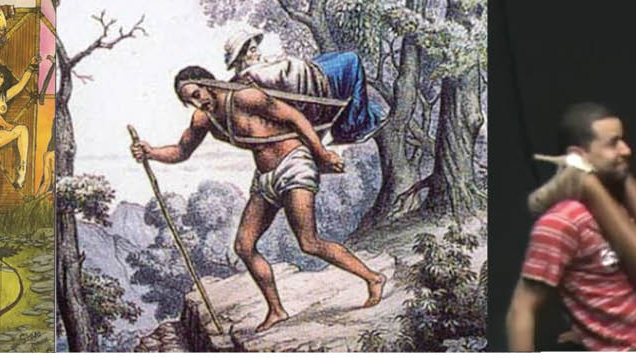 It is about seeing forces in action through different registers: what happens during the translation between word, image, rhythm and movement. It is about observing if this exercise allows us to think about non-binary relationships between fragility and power. According to artist Erick Beltrán, an image is created from the distribution of forces through a given space and that is why an image is an ideological device. And we could add: that is why it is choreographic. In this conference I show one or two ideas that were formulated when analyzing bodies in movement, and two or three ideas that emerged from the dance floor and with which I built Hegelian Dancers, a danceable lecture that has become for me a way of thinking about curating: the relationship between the body and ideas. During the conference I show also one or two examples of how I try to affect the body and how the body is present in some curatorial projects that I have developed in order to try to generate other sensitive/cognitive mechanisms.

During my residency at BAR project I interviewed drummer Uriel Barthélémi to perceive if through sensory terms the difference between binary and non-binary rythms, and how this different sounds can affect the body. I also discussed the materials I usually use for Hegelian Dancers with dancers Mar Medina and Aimar Pérez Galí and with artist Erick Beltrán. It is a small collection of stories in which one does not distinguish very well which character is the strong one and which is the weak one. I asked them to help me identify the vectors of forces present in the stories in order to create diagrams and movements that explain the relationship between a strong-weak and a weak-strong body or force.

The party will begin with Erick Beltrán and his selection of cumbias reduced. And then, let´s see.