Introduction by artist Richard John Jones, PROH-SOH’PA-PEER author and accomplice with Federico Campagna of the recovery and English translation of Il Trasloco independent documentary. This first chapter delves into different spaces and encounters that test, reflect or ponder other ways of understanding togetherness: a flat in Bologna of the 70’s, a queer group, a protest camp, a strange space where several people are preparing something together, or a series of anarchists letters.

Renato di Maria, Il Trasloco (Moving out the future), 1991, 73’
Located in Bologna and retrospectively looking at the history of one of the key places where the Autonomia movement took place during the 1970s, the film is a personal and heartbreaking memorie of emptying a house and the end of an era.

Richard John Jones, PROH-SOH’PA-PEER, 2009, 11’31’’
PROH-SOH’ PA-PEER is a sustained exploration of the representational logic of the mainstream media — in particular, the role the media has in framing the ideological predicates of contemporary political, activist and alternative (in particular queer) communities and individual subject positions.

Adelita Husni Bey, Story of the Heavens and Our Planet, 2008-2009, 7’2’’
A video working on the boundary between documentary practice and the surreal, based on life in two treesitting protest camps respectively in Titnore and Stanton Moore, Uk. Treesitting is an activist practice which requires protesters to build suspended villages and live in the trees in order to stop logging companies from cutting forests down; Archetype I (2008) was a totally autonomous off grid housing unit (installation), entirely built with recycled material, unplanned.

Eva Engelbert, Tomorrow, 2012, 16’20’’
An undefined collective organizes itself in an undefined site. They draw plans, build, spray, discuss, exercise, and send messages – they prepare themselves for tomorrow. For action? Insurrection? The camera’s path through their space is looped, but the peoples’ positions change – they present deviation within repetition. When is tomorrow?

Nicoline van Harskamp, Sketch for Yours in Solidarity, 2011-13, 20’
Yours in Solidarity tells a story of anarchism from the late 1980’s to today, through the letter archive of the late Dutch anarchist Karl Max Kreuger, now housed in the International Institute for Social History (IISG) in Amsterdam.

Anathema (film still), 2011, by The Otolith Group. Copyright and courtesy the artists

Introduced by Carles Guerra*, this chapter reflect in the change between the analogical and the digital in the post-fordist labour scenario. The three films speculate, trough a futuristic esthetic, in different moments of this process, imagining future possibilities and rethinking the consequences on present time.

Rosa Barba, Somnium, 2011, 19’10”. A science fiction film based on interviews with local residents and individuals involved in the land suppletion project for Maasvlakte 2. Barba asked the interviewees to imagine what this new land could look like in the future. While we see images of the new land, we listen to a story apparently taking place in the future. Combined with archive pictures of the port, the images form a mechanical ballet of man and machine, set against a futuristic landscape.

The Otholit Group, Anathema, 2011, 37’. Anathema reimagines the microscopic behaviour of liquid crystals undergoing turbulence as a sentient entity that possesses the fingertips and the eyes enthralled by the LCD touch-screens of communicative capitalism. Anathema can be understood as an object-oriented video that isolates and recombines the magical gestures of dream factory capitalism. Anathema proposes itself as a prototype for a counter-spell assembled from the possible worlds of capitalist sorcery.

Ali Kazma, Automobile Factory, 2012, 10’27”. Displays the operation of the Audi factory in Ingolstadt, Germany. The large car assembly line works with minute precision as an orchestrated ballet. Ali Kazma inventory the world of work and material of human production and aesthetic.

Third chapter: Art and culture in the cognitive labour paradigm

Introduced by artist Anna Moreno, this chapter focus on the place that culture and art occupy or may occupy in today’s labour paradigm where the cognitive plays a leading role. The four films are developed from different perspectives, addressing issues as creative work in the business environment, the role of the artist in society, culture and crisis or the possibilities of the museum in an apocalyptic future.

Julien Prévieux, Anomalies construites, 2011, 7’41’’
A slow “traveling” on the screens of a computer room. In voiceover, two users free modeling software from Google “Sketchup” – which allows 3D landmarks on Google Earth – testify, one from a passionate and fulfilled approach for recognition of his talent by the computer giant, the other, from a more critical perspective, detects a kind of undercover work. “I think this time is very well done. Everything is so damn good, so well tied, do not even know we’re working when we work.”

Agnieszka Polska, How the Work is Done, 2011, 6’24’’
In 1956 a group of students of the Academy of Fine Arts in Cracow locked themselves inside the sculpture and ceramics workshop, transforming the venue of daily labour into a space of passive existence. In her quasi-documentary, Agnieszka Polska re-enacts the strike. Juxtaposing its inherent inaction, not far removed from an artistic performance, with animations showing the humdrum character of everyday creative work, the artist poses a question about the social effectiveness of the artists’ efforts.

Anna Moreno, Select the right location, 2014, 33’
A city is flooding and five artists seek shelter on the contemporary art museum’s rooftop. Each one of them has saved one valuable object from the flood, which is symbolic to the kind of artist that saved it and to the main topics discussed in the play. The artists are waiting for the flood to pass and meanwhile, they talk about their present -and future- situation. At one point, the occupation of the museum becomes a plausible possibility. The artists, then, decide to stay in the museum.

Chto Delat?, Museum Songspiel: The Netherlands 20XX, 2011, 25’21’’
The script takes place against the backdrop of an imaginary scenario of Dutch politics in the year 20XX, where all immigrants have been banned from the country. The museum seems to be the only institution in which they hope to be able to evade their deportation. The film raises the frightening question of which particular role the museum and therefore also art might be forced to play under political circumstances borrowed from the realities of Russian current political situation. The film is a kind of acid test on how socially concerned art might operate under severe pressure of control by nationalistic populist governments. 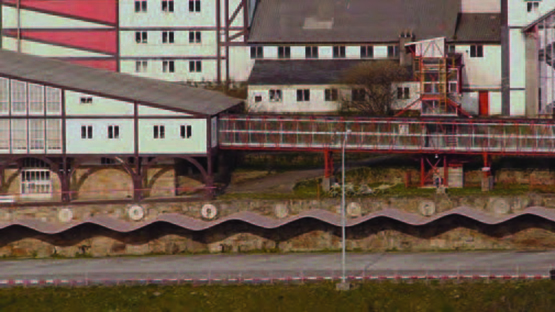