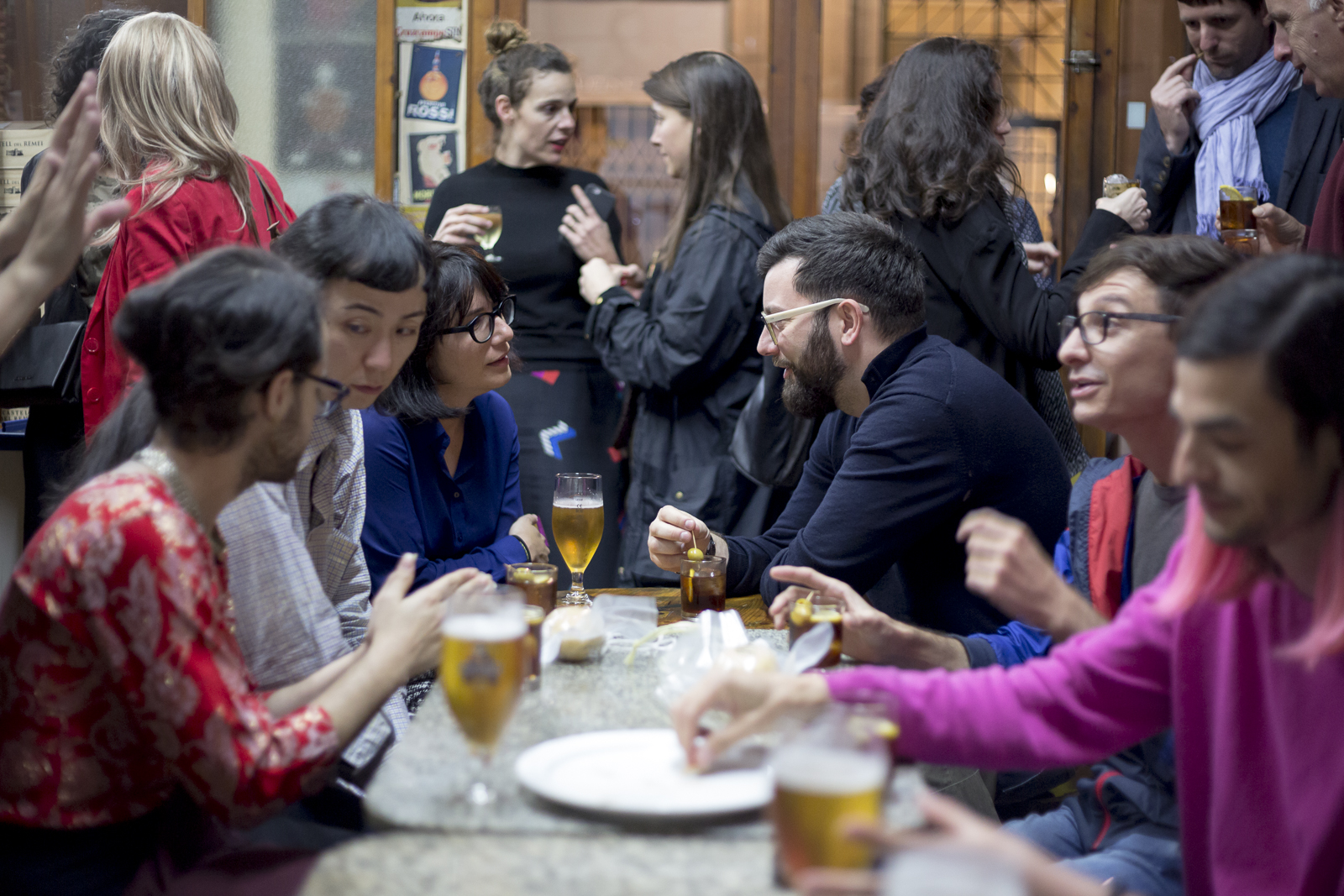 Drinking while walking while hosting while thinking while making together BAR project’s leitmotiv. The project takes its name from the popular and social gathering place in South European culture, the bar, in order to re-contextualize it and be able to work and practice in a flexible, informal and critical way. This working condition and status goes beyond the idea itself and BAR project extends its curatorial practice to working on the public realm taking the city of Barcelona as a public project space.

At the center of BAR project’s curatorial effort the public program operates as a transversal yet autonomous space responding to concerns about its own practice : delve into the public realm today; give room to gathering, discussion and reflection moments; promote a dialogue with the immediate context and beyond it. BAR project stands for a public program to take place in spaces of diverse nature, aiming to provoke unexpected relationships and challenge audiences. In this regard, the different activities BAR project has organized to date have happened in galleries, non-profits, institutions, along with bars, car garages, libraries or the public space, to name only a few.