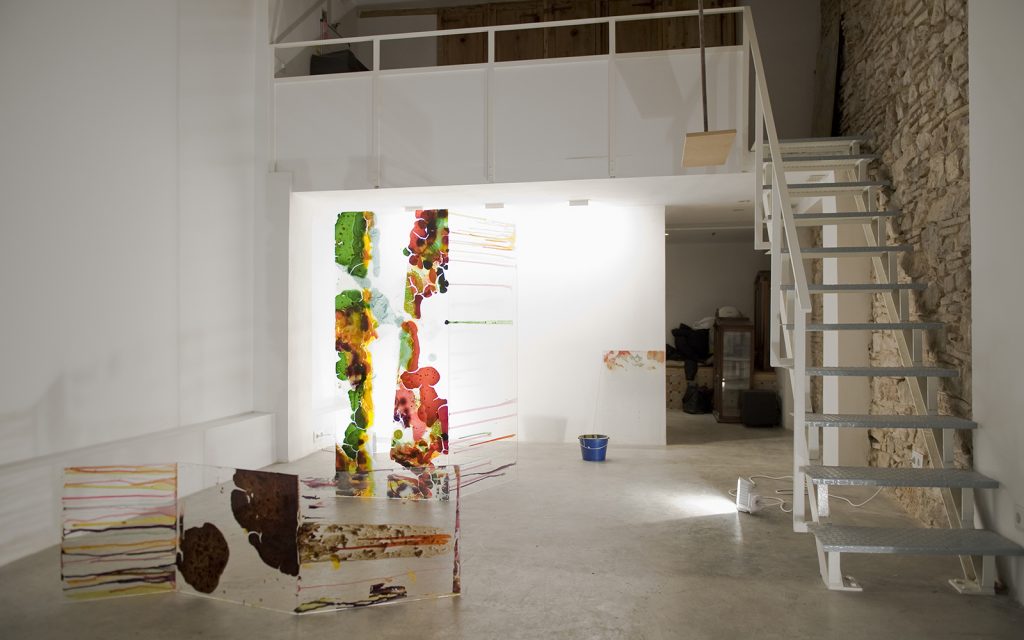 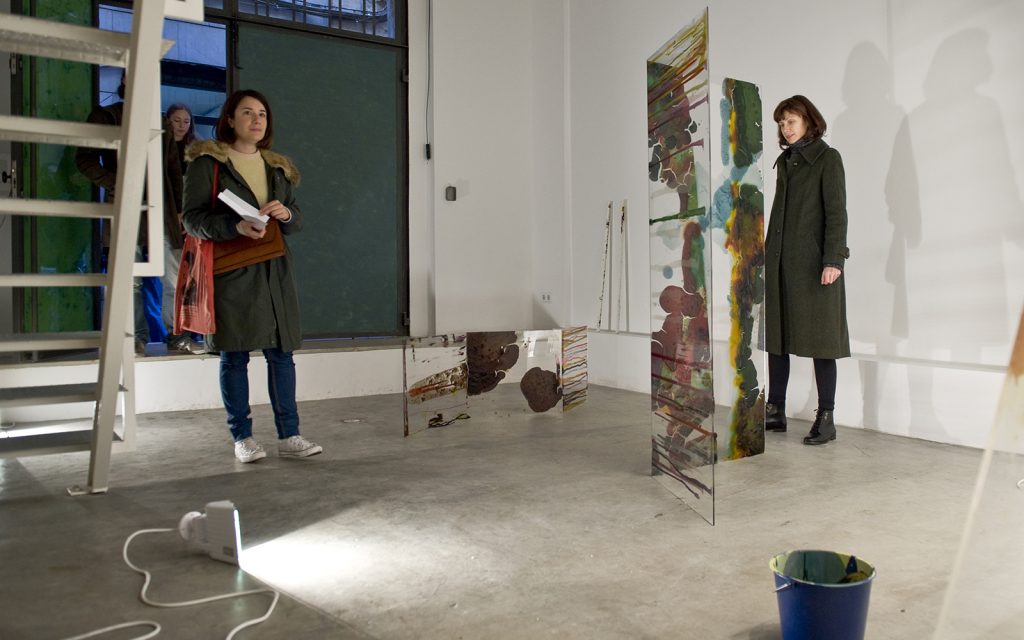 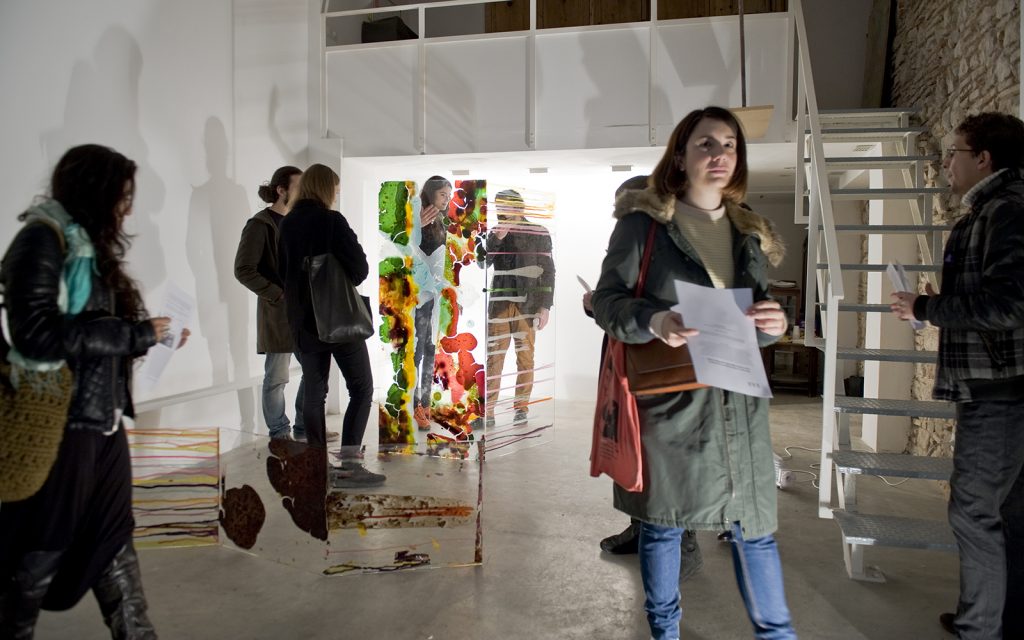 A blind and unscrupulous exploitation of the Earth has led to the collapse of the planet, but space research has brought to Light a possible salvation: a new planet, Rich in uncontaminated natural resources, that will potentially host a new human colony. Current environmental crisis has made the classic science fiction scenario of migration to other worlds, an hypothesis concretely taken into account. Many TV program of popular science instead of promoting environmental awareness as a solution to improve the situation on Earth, foster space colonization as a plausible, even inevitable solution.

Cleo Fariselli presents a group of paintings made with agar-saccharose: a gelatinous substance used in science labs as culture media for microbiological work. Because the agar painted surfaces are fértiles to the proliferation of microscopic forms of life, they evolve and modify themselves in time until finally, they dry up completely, through a cracking and curling of the dried material it breaks away from the surface it has dried up on, to leave the paintings’ supports available for new paintings.

The project does not include an end or final solution, but rather is based on the exploration and deepening of a both concrete and conceptual process that can be repeated cyclically. With their moist, changeable, smelly, organic appearance agar paintings recall the imagery of an alien and exotic materiality; nevertheless, they are totally terrestrial. Also questioning the idea of painting as a medium classically associated to a desire for transcendence, agar-paintings aim to celebrate, though with irony, a state of contemplation toward materiality itself.