In these series of performances Özlem Sulak incorporates the bodies of books into cakes. The coatings of the cakes are the covers of different banned books, which are printed on edible sugar sheets. Beyond the mere act of eating as a need and satisfaction the performances imply a cultural and symbolic dimension. Having focused on the banned books of the coup d’état era in Turkey and the banned books in different epochs in France; in Barcelona it will focus on the censored books during the Franco regime. We invite all the participants to approach, chose, slice and eat a piece of a book with the hope of generating anticipation, expression, reflection and happiness. 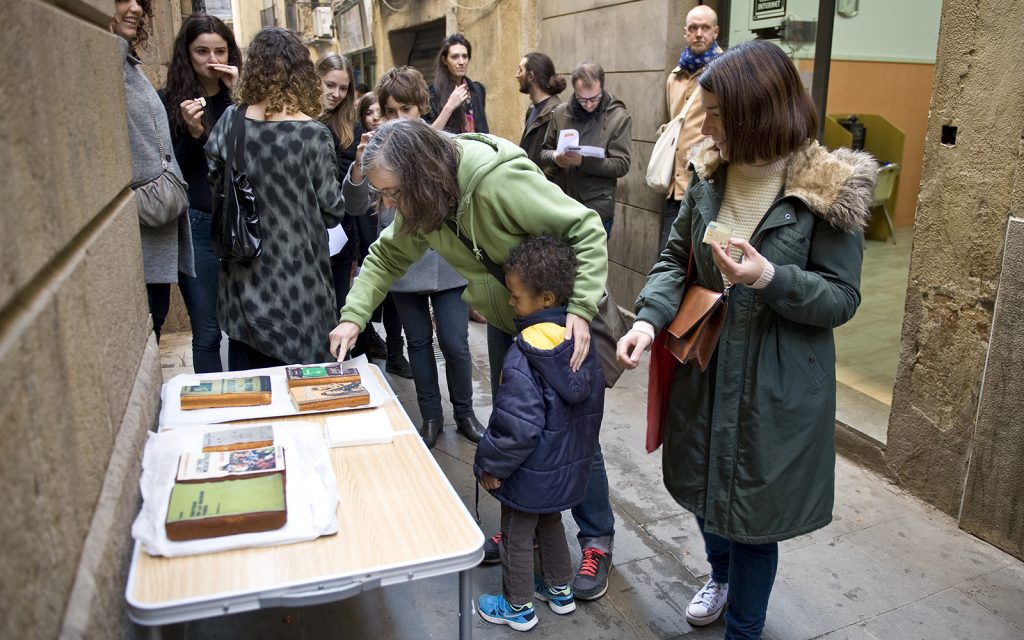