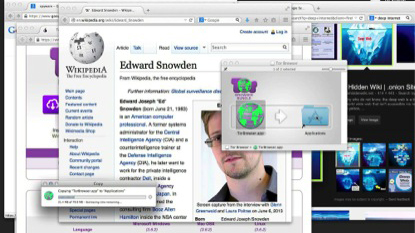 The Search Drive is a video work by Warren Neidich in which some of the same software programs utilized by the NSA to spy on Americans and foreign nationals, residing in America and abroad, are used by an autonomous agent to search through the web for personal and classified information about the artist itself. Google, Facebook, Wikipedia, Instagram are hacked and ransacked. As such it traces over time an autobiographical sketch of his comings and goings, activities and friendships, revealing what Neidich call a Hack-ography. In the course of that analysis a number of things are revealed, that can be read to create a radical profile. A fiction based on unconfirmed facts is thus built and now substitutes for any actual portrait he might actually has or had.

A conversation between Warren Neidich and curator Oriol Fontdevila will follow the screening of the video.

Oriol Fontdevila is a curator, writer, researcher, focusing on art practices and education based in Barcelona. Currently he is researching from a performative approach on the interweave between art and mediation granted by MNCARS, Museo Nacional Reina Sofia. Also in 2015 he has been awarded ex aequo by the Cultural Innovation International Prize of CCCB, Centre of Contemporary Culture of Barcelona for the project Becoming Public. He is artistic co-director of Sala d’Art Jove de la Generalitat de Catalunya (Catalan Government Youth Art Space). Currently he is curating the exhibition program Zande’s Net in Santa Mònica Arts Center and is co-curating Performing the Museum, an artistic research platform lead by Antoni Tàpies Foundation (Barcelona), Museum of Contemporary Art Zagreb, Koroska Galery of Fine Arts (Slovenj Gradec) and Museum of Contemporary Art Vojvodina (Novi Sad). Formerly he has curated several projects at Joan Miró Foundation, Antoni Tàpies Foundation, A*DESK Platform, Idensitat, amongst other art institutions and independent spaces in Barcelona. He is a guest lecturer in several universities and study programs and writes regularly in art magazines and exhibition catalogues.